Elaine Bailey, CEO of The Hyde Group, stirred a hornets’ nest earlier this year when she outlined that the behaviour of social housing has led to a dependency culture. And the HCA announced in June this year that the dependency in social housing on a culture of mediocrity in operating costs is no longer acceptable. Brexit and a lot more has happened since then, but one thing remains certain – disruption to traditional social housing operating models is coming: whether social housing in the UK or elsewhere likes it or not.

Shape the Future, Or Be Shaped by it

All organisations face common challenges in coming years. Digital transformation is genuinely and presciently the number one international theme identiﬁed in all key business surveys. Just 20 years ago only 1% of people had internet access. Today, two thirds of us own smartphones and only 14% of the total population do not use the internet. Disruption via digital is not optional – it’s inevitable.

But disruption for social housing goes beyond just going digital. Digital may be the flavour of the month, but on its own it is not the panacea for all ills. There is a growing body of evidence that it is not the absence of a Digital Strategy or digital service which is killing productivity and organisational effectiveness, but the absence of simplicity, collaboration and autonomy. And the absence of these which will hinder effective channel shift, productivity & effectiveness. Paul Taylor sums it up brilliantly here.

The real challenge is not channel shift, customer service, risk or governance: it is complicatedness and the lack of innovation

All of Which stifle effectiveness and productivity. And a failure to plan for the structural and cultural shifts needed to address these will mean planning to fail.

Taking the traditional ‘hard’ approach to delivering value through reducing the number of staff or the number of ‘non-core’ activities is also planning to fail. Because this approach fails to address inherently inefficient operating models in which up to 40% of staff and managers time is wasted on non value-adding activities. Trimming the branches but ignoring the root problems.

And this traditional ‘hard’ approach fails to address the ‘soft’ sides of culture which eat strategy for breakfast – the cultures of dependency, accountability and performance management prevalent in social housing which have led to complex systems and structures which are set up to fail, but in an accountable way. Specialists for everything who can be held accountable for failure. Disengagement factories. Innovation and engagement killers.

Forget mega mergers. The real competition is coming from outside the sector.

The social housing sector is far from immune to the risks of being radically disrupted.

All of the evidence from research in the last decade demonstrates that mergers in social housing deliver less of the more effective and efficient services they claim they will, but more of the worst forms of corporate sclerosis and inertia.

But there are currently £m’s being raised in the VC markets by start-ups looking to deliver simple, effective and cost effective app based systems to manage & maintain properties. Less of the same. More for less.

And look at the evidence. 40% of the current FTSE and Fortune 500 companies will no longer exist by 2025. Glassdoor’s 2015 best worldwide company to work for was – Airbnb. Why would or should the current social housing sector be any different? Failure to adapt and change will lead to being Uberised by leaner, smarter and more savvy non asset owning start-ups. It’s no longer a question of if. But when.

There is a positive alternative to sitting back and letting that happen. A Positive Disruption approach which offers a radically simple and evidenced based alternative, by taking aim at the burning platforms of digital transformation, productivity and effectiveness to elevate prospects for social housing’s survival in the Digital Darwinism era.

• Understanding what staff actually do and the value they deliver

• Extending The Shadow of the Future

An analytical, predictive and behavioural economics approach which will allow social housing to lean into the disruption taking place. Emulating the success of companies such as IBM and General Electric who (while others have gone by the wayside) have transformed their business models and adapted to survive.

Learn more about approaches to #SmartSimplicity from Philippa Jones ( CEO of Bromford Group, who are positively disrupting on their own terms) myself, Barry Marlow & Anna O’Halloran at an invite only fringe briefing during #NHF16 on 22nd September – 12.00 til 2.00pm in the Crompton Room, IET Birmingham: Austin Court (A six minute walk along the canal from the ICC ) 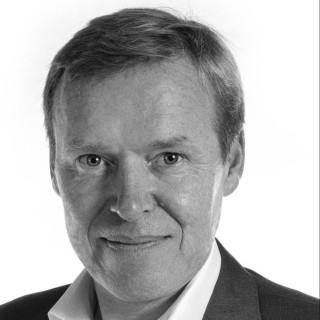